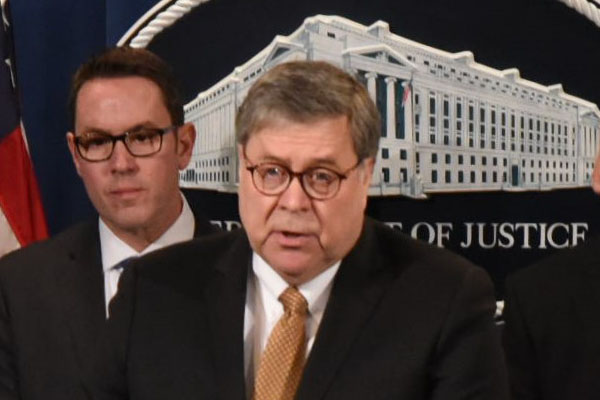 Although Barr claims that this group will be, “aimed at keeping guns out of the hands of convicted domestic abusers,” given William Barr’s lengthy track record of championing extreme gun control, any gun related taskforce led by Barr should be very concerning to law-abiding gun owners.

Going back to his first tenure as Attorney General in the 1990’s, Barr was a public advocate for a multitude of radical gun control laws including the 1994 assault weapons ban.

“I would prefer a limitation on the clip size. But ultimately, I would recommend the President sign a bill that had the Brady waiting period and the DeConcini assault weapons provisions in it.”2

When Barr was once again nominated for the position of Attorney General he reaffirmed his support for draconian anti-gun legislation, this time touting his approval of dangerous “Red Flag” gun confiscation.

“We need to push along the ERPOs so that we have these red flag [gun confiscation] laws…this is the single most important thing I think we can do in the gun control area.”3

With an anti-gun track record that spans decades, William Barr simply cannot be trusted to establish any task force that pertains to guns.

In a recent article from Gunpowder Magazine, National Association for Gun Rights Senior Director of Political Operations Ryan Flugaur made the following statement in response to Barr’s “working group.”

President Trump should immediately order a stop to Attorney General Barr’s thinly-veiled gun control “working group”, which is set to advance deadly Clinton-era gun control policy and promote the failed politics of trying to placate the anti-gun media ahead of a critical election year.

The best way to stop violent domestic abusers is to empower women with the tools they need to defend themselves. That means repealing – not expanding — the flawed 1990’s gun control law, known as Lautenberg, which in twenty years has been disarming scores of victims.

The Gunpowder Magazine article can be read in its entirety here.

As always, the National Association for Gun Rights will continue to keep a watchful eye over all of William Barr’s actions and will be the first to sound the alarm when any anti-gun actions are proposed.