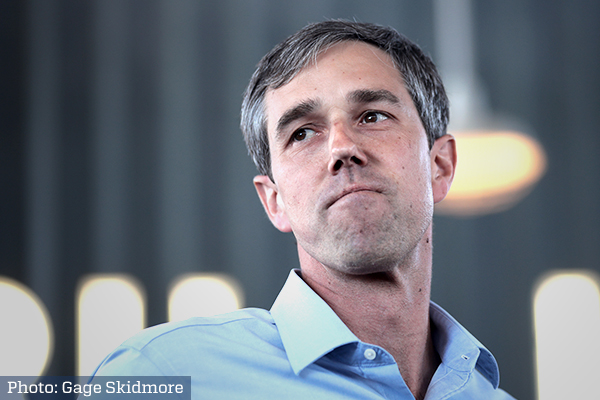 Anti-gun candidate Beto O’Rourke announced Friday he will drop out of the 2020 presidential race.

O’Rourke ran his campaign on a largely anti-gun platform, including his infamous “gun buyback” proposal which amounted to outright gun confiscation.

His dropout should come as no surprise to gun owners across the country. Even some Democrat gun control activists like Michael Bloomberg criticized O’Rourke’s gun control plan as too extreme.

Among Beto’s radical anti-gun proposals was to ban the sale of AR-15s or “weapons of war” as he often calls them.

More recently, O’Rourke caught a substantial amount of heat from the pro-gun community when he said “hell yes, we’re going to take your AR-15s.”

To which gun owners across the nation responded: “Hell no, you’re not.”

Alas, for all of his big talk on gun control (and let’s face it, probably no action when in office), it finally led him to drop out.

Thankfully, Beto’s out. But you could argue he did more for the gun rights movement than he may have wished to.

But it’s still only one candidate out of a wide field of anti-gun candidates still in the race.