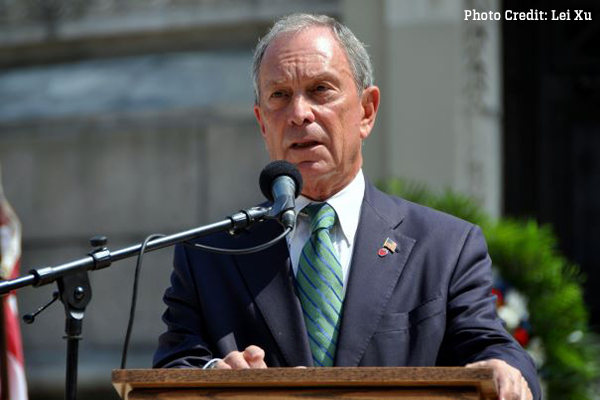 When former New York City Mayor Michael Bloomberg announced his intentions to seek the Democratic nomination for President last month, gun owners who’ve battled his anti-gun agenda for decades had no doubt that gun control would be the centerpiece of his platform.

This week, Bloomberg confirmed all those suspicions.

Bloomberg unveiled his anti-gun agenda at a rally in Aurora, Colorado, and his gun control proposals are among the most draconian of all Democratic candidates.

On Universal Gun Registration, Bloomberg said, “we’re going to get that done. We’ll also close loopholes and gaps in the system.”1

Furthermore, Bloomberg is proposing a ban on so-called “assault weapons” and raising the age to purchase a handgun to 21, preventing young single mothers from being able to effectively defend their families.

Of course, gun control advocacy is nothing new for Michael Bloomberg, who has spent much of his post mayoral career supporting gun grabs and anti-gun candidates nationwide.

Now, as a Presidential candidate, Bloomberg is doing what he does best — using his near limitless funds to buy a Presidential election with the desire to eviscerate the Second Amendment.

As soon as his candidacy was announced, Bloomberg’s campaign ads began airing on TV and online with the promise to further erode gun rights.

Now more than ever, it is imperative that gun owners take action in defense of the right to keep and bear arms.

You can do your part by clicking here to donate to the National Association for Gun Rights today.