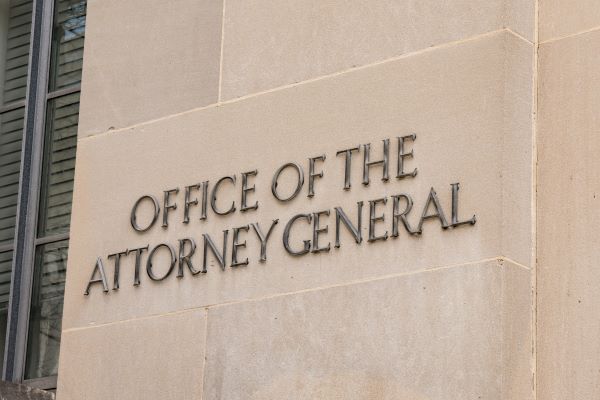 Barr’s so-called “Project Guardian” is designed to piggy-back off of earlier attempts to disarm law-abiding citizens via the Department of Justice and their federal agencies such as the ATF – an agency which has a poor track record of honoring the Second Amendment and protecting gun owners.

Seeing the potential for federal overreach – many gun owners are calling this program “Project Gestapo” instead, a reference to failed government gun control blunders like Project Exile and Project Safe Streets of the past.

These “crime reduction” strategies were launched in 1997 in Virginia, by the U.S. Attorney’s Office, as a result of the spike in violent crime rates in the late 1980s and early 1990s.

Essentially functioning as a sentence enhancement program, it targeted felons who were caught carrying firearms and prosecuted them in federal courts, instead of in state courts, where they received harsher sentences, no option of bail, and no potential for early release.

Through increasing the expected penalty for firearm-related offenses, Project Gestapo sought to deter both firearm carrying and criminal use.

However, if you wanted to travel out of state to transfer a handgun to a family member without doing a background check, you could spend up to 5 years in federal prison under these gun control schemes.

The DOJ’s recent press release even claims that, “Project Guardian will build upon Triggerlock’s and [Project Gestapo]’s focus on coordination with all law enforcement partners to maximize the impact of federal prosecution resources.”1

And Barr’s new pet-project will grant more money to the ATF in order to “crack down” on denials for background checks.

Even well-published researcher Dr. John Lott, Jr. has stated that gun owners have wrongly been denied buying a firearm 96% of the time a false-positive is issued through NICS.2

Not to mention, the Department of Justice will work and pour more money into the ATF’s Crime Gun Intelligence Centers to maximize the use of technology that can and will be used against law-abiding gun owners.

All while Congress just voted to add $53 million to the ATF’s budget to further their bureaucratic agenda.

Yet, the ATF and the Department of Justice claim once again this will “curb gun violence” and “protect our neighborhoods” by getting guns off the streets.

But in order to do this, the DOJ and ATF want to coordinate prosecution at the local level, inviting local police to answer to the demands of the ATF.

They also want to further enforce the failed Brady-NICS system, share information to local law enforcement, adding gun owners to massive government databases, and to enforce Firearm Tracing to track every single firearm with a serial number, and sharing that information with local police.

The National Association for Gun Rights will always oppose Project Gestapo and any expansion of the failed gun control scheme.

Please consider making your most generous contribution to fighting back against bureaucratic gun grabs today.