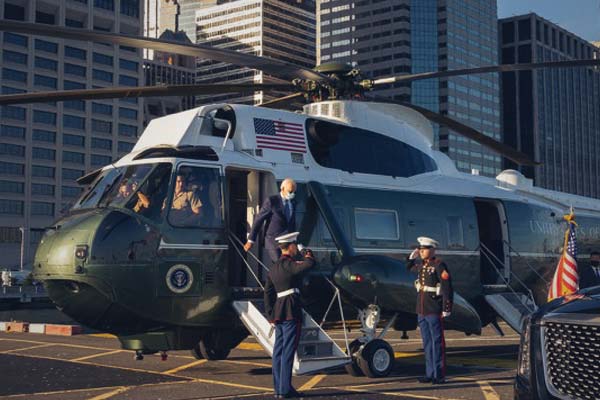 Last week, the National Association for Gun Rights warned law-abiding gun owners about troubling statements made by a senior U.S. State Department official during the most important Small Arms Treaty meeting of the year — the Seventh Conference of States Parties to the Arms Trade Treaty.

This official (representing the U.S. State Department and White House) doubled down on Biden’s commitment to “Treaty Universalization” and to “review specific arms transfer issues, including determining the proper relationship of the United States to the Arms Trade Treaty,” seeming to lay the groundwork for re-signing the U.N. Small Arms Treaty.

Back to back statements like these from the State Department and President Biden are troubling indicators that the Biden Administration is (not so gently) nudging the U.S. back toward re-signing the Small Arms Treaty with the ultimate goal being full State Party status.

Re-signing the treaty and pushing for full State Party status would place the sovereignty of the United States, regarding gun rights and the Second Amendment, in the hands of foreign actors who do not have the United States best interest in mind (i.e. China).

They are currently the biggest financial supporters of the treaty and are leveraging their power and position to openly criticize the United States and the freedoms enshrined in the Second Amendment.

Now the State Department and White House are now fully engaged with the U.N. and international counterparts in their pursuit of international gun control measures. The National Association for Gun Rights will continue to stand firm in its opposition to the Small Arms Treaty and will always insist on the sovereignty of individual gun rights over the dictates of globalist gun control organizations such as the United Nations.