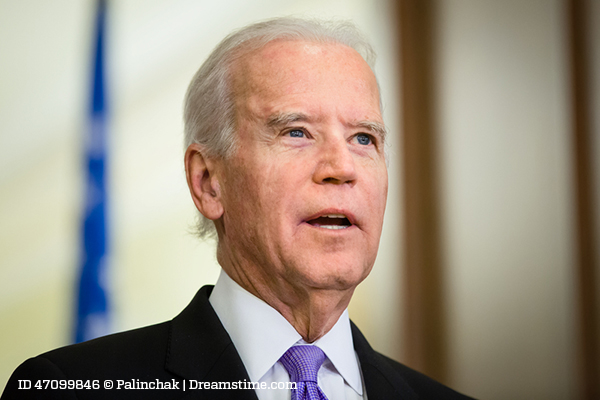 Former Vice President Joe Biden and Senator Kamala Harris are busy visiting the early primary state of New Hampshire in an effort to secure the Democratic nomination for the 2020 Presidential election. Predictably, both Biden and Harris touted their radical plans to strip Second Amendment rights from law-abiding Americans.

During a Q&A in Nashua on May 14th, Biden stated that not everyone is “entitled to own a gun.” Biden continued by doubling down on the myriad of radical, unconstitutional, and downright dangerous gun control policies that he has been championing for decades.

Reaffirming his endorsement of sweeping bans on commonly owned semi-automatic firearms, Biden paraded his support for the 1994 ban on so-called “assault weapons.” He also called for a magazine ban limiting the “number of bullets in a clip” as he put it.

Creepy Joe went on to say that he would even consider a “federal gun licensing system.”

Not to be out done when it comes to advocating constitutional infringements, while also campaigning in Nashua, Senator Harris boasted that she would utilize an executive order to “ban the import of assault weapons into our country.”

When the logical solution of arming teachers and increasing security in our nation’s schools to protect our children from potential evil-doers was raised, Harris dismissed the idea based on emotional grounds. Harris stated that it is, “plausible that intensive security procedures send the message that schools are unsafe, fearful places, thus adding an element of stress to the learning environment.”

Recently, Harris also announced a drastic expansion of the Brady-NICS Gun Registration scheme as one of her top priorities for her first “100 days in office.”

While all of these extreme gun control proposals could have easily been taken from the pages of a George Orwell novel, the sad truth is that this type of unconstitutional rhetoric is becoming the new normal from D.C. insiders like Biden and Harris.

If these anti-gun extremists wanted to actually make America safer, they would end their assault on law-abiding gun owners, and shift their attention to passing laws that would give the good guys a fighting chance.