Blumenthal: Sen. Graham and I have Gun Confiscation bill at the 3-yard line 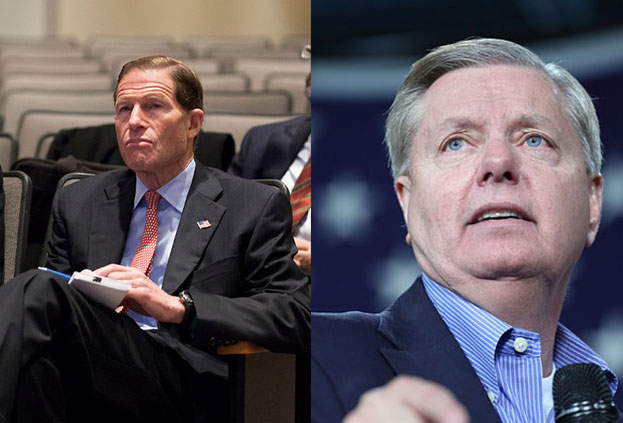 As America gets ready to carve up turkey, Senators Richard Blumenthal (D-CT), and Lindsey Graham (R-SC) say they’re cooking up a “Red Flag’ Gun Confiscation behind closed doors in the D.C. Swamp.

Senator Blumenthal had this to say during an interview with MSNBC on Sunday.

Senator Graham, the Senate Judiciary Committee Chairman and close Trump ally has been the leading Republican voice for gun confiscation all year.

Is a Lindsey Graham really about to make a final push for a due-process spreading National “Red Flag” Gun Confiscation bill?

Is he really about to hand Blumenthal, Feinstein, Schumer and Pelosi a win in the middle of the impeachment fiasco?

Senator Graham ought to know better than to try and cut deals with the very lawmakers who’re threatening to roll back the Second Amendment rights of law-abiding Americans, especially a head of a critical election year.

If Congressional Democrats have made one thing clear it’s that they’re not stopping with “Red Flag” Gun Confiscation without a Universal Gun Registration bill to go with it.

Blumenthal’s comments come amidst renewed rumblings for gun control following last week’s School attack in California – a state that already has a “red flag” law and draconian gun controls that all failed to stop the shooter.

Is another federal gun control assault is forthcoming before the New Year?

Fight back now: Support the National Association for Gun Rights.