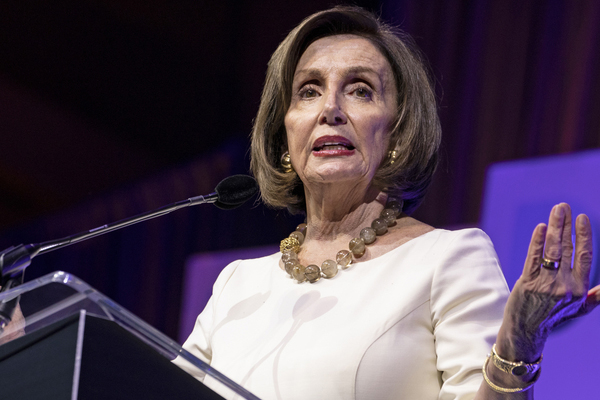 Once again, anti-gun Democrat Speaker of the House Nancy Pelosi is using the power of the purse to fund more gun control initiatives.

But instead of sponsoring her run-of-the-mill pieces of anti-gun legislation, Pelosi is using the appropriations process to massively increase funding to the most anti-gun government agency in the D.C. Swamp.

And according to House Democrats Commerce, Science, and Justice Appropriations recommendation for fiscal year 2021, the ATF is slated receive a $150 million raise.

An over $150 million increase in just one year.

This includes nearly $29 million for a new building in Atlanta, GA.

Pelosi’s 2021 budget recommendation for the ATF would constitute the largest ATF budget increase since the Clinton administration.

So why should this alarm gun owners?

Simply put, the ATF is comprised not just of law enforcement officers, but non-elected government bureaucrats who help run the nation’s Universal Gun Registry via their Form 4473’s every time you purchase a firearm from a licensed dealer.

It’s well known that the majority of firearms denials are in fact false positives when there is a simple paperwork error on a form 4473, yet here we are, throwing money at an agency that can’t complete its most basic tasks.

And with all the money being thrown at the ATF you’d think they’d finally get their act together when processing forms for suppressors, machine guns, and short barrel rifles.

Unfortunately, that backlog commonly extends out 9-12 months for law abiding gun owners who shouldn’t have to be on the NFA registry in the first place.

The ATF is also responsible for the disastrous program known as Fast and Furious run during the Obama years.

In the Fast and Furious program, the ATF forced law-abiding gun dealers to sell firearms to known Mexican drug cartels members in order to “track the guns” so they could work with the Mexican government and catch bad guys.

They program was an unmitigated disaster, resulting in the death of Border Patrol Agent Brian Terry, and costing hundreds, if not thousands of innocent Mexican citizens their lives at the hands of the blood thirsty cartels.

To this day, guns from the failed Fast and Furious program turn up at crime scenes in Mexico, all thanks to the ATF and Obama Justice Department.

This agency is not worthy of a $150 million raise. If anything, members of Congress should work on dismantling the ATF.

Call Sen. Richard Shelby who chairs the Senate Appropriations Committee and tell him not to give the ATF a raise.

Your message for the staffer who answers the phone can be as simple as:

There’s a chance we can kill this ridiculous ATF budget increase.

After all, it was the work of NAGR members and supporters who contacted the U.S. Senate and derailed the nomination of Chuck Canterbury to become the next ATF Director.

Canterbury has a long history of advocating for gun control and anti-gun Supreme Court Justices.

Through the constant activism of NAGR members contacting the Senate Judiciary Committee, Canterbury was grilled on his Second Amendment positions, and eventually withdrawn from consideration.

The National Association for Gun Rights will continue to monitor this situation and all events that pertain to the preservation of the Second Amendment.

Christopher Stone is a senior contributor and Director of Political Operations for the National Association for Gun Rights, a 501(c)4 organization representing 4.5 Million Second Amendment members and supporters nationwide