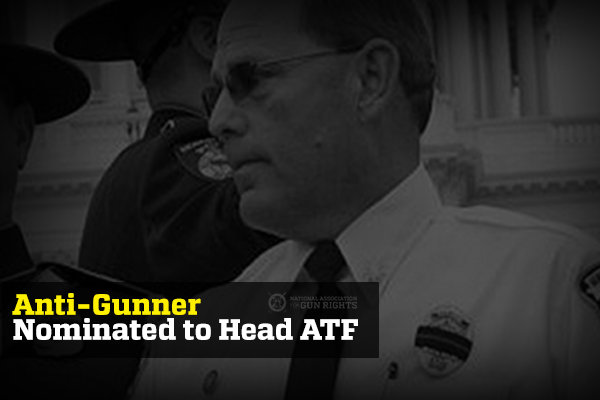 Late on Friday afternoon the White House released an official statement that Chuck Canterbury, Jr. was nominated to become the next ATF Director.

In his official capacity as President of the National Fraternal Order of Police, Canterbury has:

Even more troubling, Canterbury’s FOP is currently lobbying AGAINST Constitutional Carry, even though the vast majority of law enforcement officers support the right to carry. 4,5

This is troubling news.

As Director of the ATF, Canterbury will have broad authority over firearms regulations in the United States and his record doesn’t bode well at all for law-abiding gun owners.

We need an ATF Director who wants to tear down gun control, not expand it.

So please stay tuned for more information after the holiday weekend is over.

P.S. Late on Friday the White House sent out an official communication that Chuck Canterbury, Jr. has been nominated to become the next ATF Director.

He even testified on behalf of Obama-era Attorney General Eric Holder – the man responsible for the deadly Fast and Furious gun running program.

Rest assured that NAGR will keep you informed of everything that goes on regarding his nomination process.