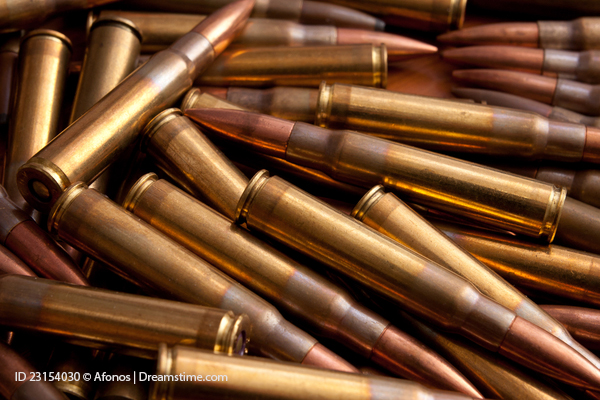 That is how an attorney with the Gifford’s Law Center described Proposition 63, California’s cockamamie ammunition background check system, which in less than six months, has denied over 60,000 Californians their right to purchase ammunition.

That equates to approximately 20% of all ammunition sales being rejected by the California Department of Justice.2

So, of course those 60,000 cases must have been violent felons who were forbidden from owning firearms altogether, right?

More than 99% of the denials were false-positives.

People whose only crime was having a change of address, a misspelled name, or simply not being in California’s registry.

These law-abiding Californians were denied their God-given, and constitutionally-guaranteed right to bear arms, and the Gifford’s Law Center boasts that it is “Working as intended.”3

All part of the plan

While I don’t often find myself in agreement with the Gifford’s Center, in this situation, we are in total agreement.

This crooked system is working exactly as intended.

The goal of the anti-gun left is, and has always been to impose as many barriers to firearms ownership and operation as possible, until it becomes so inconvenient to exercise our Second Amendment rights, that firearms ownership in the United States simply dries up.

Of course this type of Constitutional infringement is not solely limited to California.

In fact, the same sort of violations have been taking place on the national level for years.

The NICS Gun Registration system, which processes background checks on all commercial firearms transactions also has an abysmal false positive rate of over 90%.4

The fact of the matter is that single mothers, military veterans, and even police officers are all being wrongfully denied the ability to purchase ammunition because of the California registry.

One such example is Dan Logan, a 72 year-old Vietnam veteran and retired California Highway Patrol officer who was denied his right to purchase a box of shotgun shells from a sporting goods store in Folsom, California.5

Mr. Logan’s story is just one of 60,000 instances of California’s ammunition background check scam in action.

However, it is not just individual gun owners who are being harmed by California’s radical gun control laws.

Rather, the state of California, as a whole, is suffering.

As politicians continue to invent more insidious ways to trample on the Second Amendment, sportsmen are fleeing the Golden State in droves, and they are taking their money with them.

So far in 2019, hunting license purchases have fallen short in the last year by more than 10,000, decimating the state economy, costing people jobs and harming the states wildlife.6

As reported by the Sacramento Bee;

Even as his state throws away millions in revenue and denies thousands of law-abiding citizens their Second Amendment rights, California Governor Gavin Newsom refuses to acknowledge the failures of his state’s draconian gun laws.

In fact, he wants other states to follow California’s lead: “I’d like to see them model California’s background check on ammunition purchases,” said Gov. Newsom.8

For those of us who don’t live in California, it is easy to overlook the unconstitutional regulations that pro-gun Californians are forced to deal with.

However, if we are going to defeat the gun grabbers across these United States, it is imperative that we stand in solidarity with our fellow gun owners in California, and nationwide.

4= Lott John R. The war on Guns Arming Yourself Against Gun Control Lies. 2016