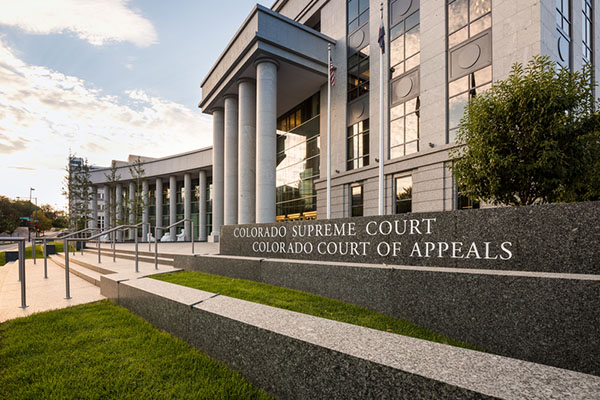 In 2013 the Colorado Legislature passed a magazine ban limiting the number of rounds a magazine for rifles and pistols can hold to only 15. This bill was signed into law by then-Gov. Hickenlooper.

The National Association for Gun Rights and Rocky Mountain Gun Owners, NAGR’s Colorado state affiliate, filed suit immediately in 2013 with the Denver District Court, challenging the validity of the magazine ban. RMGO contended the ban was unconstitutional under the Colorado Constitution’s right to keep and bear arms clause.

Unfortunately, that trial court threw out the case before even holding a trial. RMGO appealed, and that decision was reversed by the Colorado Court of Appeals, but the trial court ended up deciding that the law was, in fact, constitutional.

Fast forward to present day, RMGO appealed the trial court’s decision to the Colorado Supreme Court, the state high court decided to hear the case, and oral arguments will be scheduled once briefs are filed.

“We’re glad that the Colorado Supreme Court has decided to hear our case, and we hope that the Court will make the correct decision and overturn the 2013 law which we’ve been fighting against tooth-and-nail. Law-abiding Coloradoans deserve to have their rights restored, and the arbitrary ban on standard capacity magazines has done nothing to lower crime rates or keep Coloradoans safe.” said Dudley Brown, Executive Director for Rocky Mountain Gun Owners and President of the National Association for Gun Rights.

Late last month, U.S. District Judge Roger Benitez of the federal trial court for the Southern District of California also decided that the California magazine ban, on which the Colorado ban was fashioned, was unconstitutional under the Second Amendment to the U.S. Constitution.

California residents enjoyed nearly a week of freedom last month, which allowed them to purchase standard capacity magazines. Sadly the ruling has been halted while the state prepares a challenge in the 9th Circuit Court of Appeals.

This case could set precedent for magazine ban laws that are in effect in across the country.