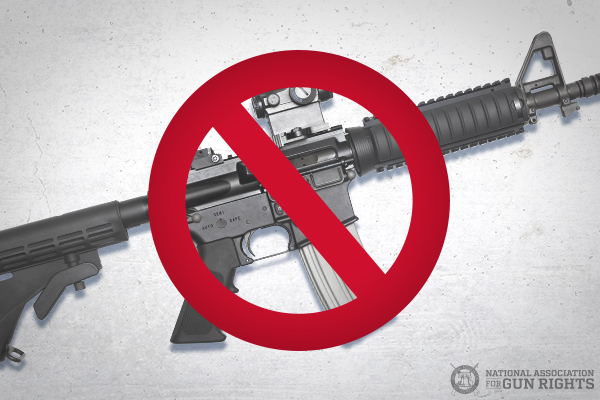 When most anti-gun Leftists talk about banning “assault weapons,” they often refer to firearms of the rifle variety; AR-15’s and AK-47’s

It should come as no surprise to any gun owner who pays attention to the news that they want to ban “scary-looking” AR-15’s or any other “assault weapon.”

It should also come as no surprise that they’ll do whatever they can to restrict gun rights as much as possible without anyone noticing.

Senator Feinstein introduced the bill (S.66) earlier this year alongside 28 of her colleagues.

On the surface, it may look like a typical attempt to ban the sale and possession of whatever the gun control propagandists decide is an “assault weapon.”

However, looking closer, it’s much more aggressive than that.

S.66 makes it a crime to sell, transfer, or possess semi-automatic “assault weapons” and “large capacity ammunition feeding devices.” The only exemptions to this ban are firearms that are manually operated, permanently inoperable, or antique.

That means any semi-automatic firearm is considered an “assault weapon” in Feinstein’s bill — including rifles, pistols, and shotguns.

The bill also defines any magazine that holds more than seven rounds as a “large capacity ammunition feeding device.”

Thankfully, National Association for Gun Rights staff took the time to read the bill and interpret it for what it is.

Senator Dianne Feinstein doesn’t just want to ban a few guns, she and her colleagues want to leave Americans defenseless.

Semi-automatic rifles, pistols, and shotguns are all commonly used for self-defense; and any prepared gun owner knows that defending yourself isn’t always as simple as needing only seven rounds.

At its core, Senator Feinstein’s “Assault Weapons” Ban does more to put American citizens in danger by leaving them defenseless.