Hero Security Guard Not Charged For Having Gun on School Grounds 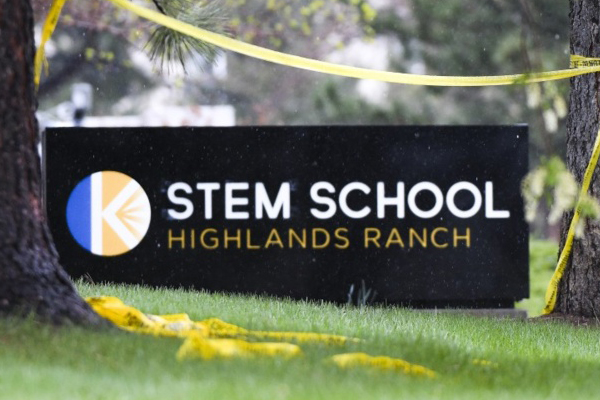 Denver, CO – Shamson Sundara, a Marine veteran who served in Afghanistan, was working as a security guard at STEM School in Highlands Ranch, CO, on May 7, 2019, when the unthinkable happened. The school was under attack by two deranged student shooters. The assault resulted in eight injuries and the death of Kendrick Castillo, who heroically lunged from his desk in efforts to disarm one of the shooters.

Now, it seems like there is more to the story. Reports claim Sundara responded to the shooting by detaining and disarming one of the alleged shooters in a school hallway, “possibly preventing further injury and loss of life,” said Lee Richards, spokeswoman for special prosecutor Dan May, who investigated the actions of Sundara.

“After stopping the suspect, Sundara saw a person in street clothes around the corner and then saw the muzzle of a gun,” Richards said. “Sundara fired two shots in the direction of the gun,” Richards said. “Although both shots missed the subject, who turned out to be a law enforcement officer, they went through the wall of a classroom where students were gathered. Two students were struck, sustaining non-life-threatening injuries.” The officer Sundara fired at wasn’t hit by gunfire.

But why was the officer shot at in the first place?

Upon further investigation, an anonymous source tells us, “The sheriff’s deputy was in civilian clothes, had her gun out and did not identify herself in any way. She is a small blonde woman with red stripes in her hair who could have easily been mistaken for the shooter.”

While Sundara’s possession of his firearm at STEM School violates the Gun-Free School Zones Act of 1990 and his contract with the school, Colorado state law allows deadly force if a person “has reasonable ground to believe, and does believe, that he or another person is in imminent danger” of being killed or wounded.

Even though Sundara was unlawfully armed on school grounds, he ultimately was another hero by putting an end to the shooting.

“The fact that a hero who saved lives has to go through this is upsetting. Yes, I will say it…Sundara was a hero. Had he not subdued the other shooter who knows what would have happened,” said Minority Leader Patrick Neville on a recent Facebook post.

“There was a huge outcry by parents after the shooting,” Whitus said. “They believed in him. They understood what he did. We treat him as a hero, and someday everyone else will when the facts come out.”

Sundara will not be criminally charged, but will be required to complete community service, a special prosecutor said Friday.

“Although it was illegal for him to have a gun on the premises, our investigation has determined that his actions were in compliance with applicable law,” said Richards.

Sundara’s act of courage is a prime example of law-abiding citizens concealing a firearm on school grounds and saving lives doing it. Shamson Sundara IS a hero and should be treated as such.