More Americans Arming Themselves for Self-Defense 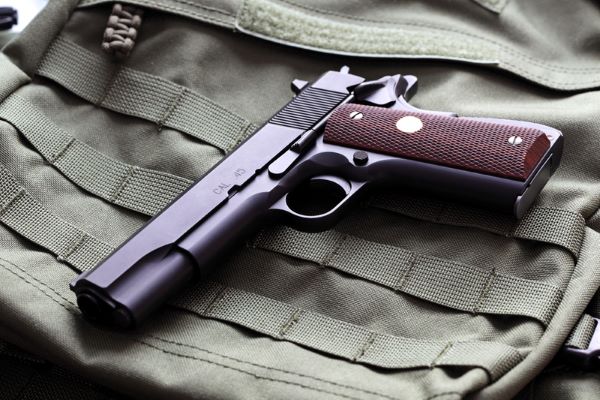 And some of his findings directly contradict the Fake News media.

America is getting safer – and more Americans are arming themselves.

In fact, the total number of concealed handgun permits in 2019 has grown by 8%, with 1.4 million permits being issued in just the last year.

According to his research, concealed handgun permit numbers have increased by 304% since 2007, totaling a whopping 18.66 million permits issued nationwide.

16 states have Constitutional Carry as the law of the land, including Vermont, where residents have been able to carry without a permit since the 1700s.

Constitutional Carry is the simple idea that you do not have to beg the government for permission to lawfully carry a gun for self-defense, openly or concealed.

Constitutional Carry laws do NOT get rid of current permitting systems.

And while some have questioned whether or not the passage of Constitutional Carry would reduce the number of concealed handgun permits in the U.S., research shows the rate of individuals applying for permits have gone up, so individuals can have them for reciprocity purposes.

Even though the anti-gun elitists want you to think that more guns equals more crime, it’s simply not the case.

In a ranking by U.S. News, the top three safest states in the country are Maine, Vermont, and New Hampshire – all have Constitutional Carry.1

As a matter of fact, Lott’s research claims that citizens who carry concealed tend to be the most law-abiding citizens in the country.2

And a recent crime report published by the FBI shows that violent crime of all types is falling across the nation – all while gun ownership and the ability to carry a firearm in self-defense becomes more readily available to law-abiding Americans.