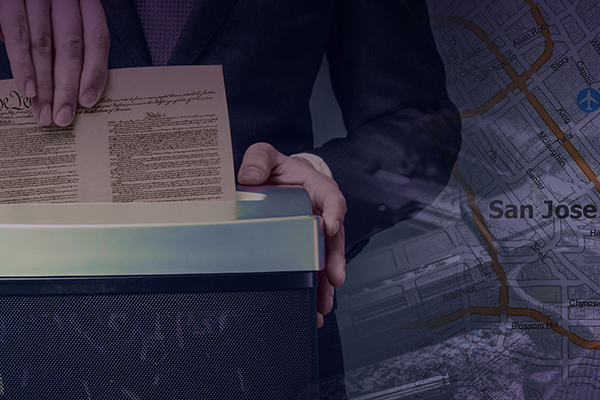 You probably saw the news coverage of this — the ultra-“woke” Lefty gun grabbers in San Jose want to make gun owners pay a “gun ownership tax.”

In other words, they want to tax law-abiding gun owners simply for exercising their Second Amendment rights.

This is just as unthinkable as imposing a “free speech tax” or a “church attendance tax.”

But San Jose’s city council voted UNANIMOUSLY last summer to draft an ordinance that does just that.

They initially backed off and tabled the ordinance after our legal arm – the National Foundation for Gun Rights — sent a cease-and-desist letter threatening to sue them if they pass this “gun owner tax.”

Now, the National Foundation for Gun Rights is bringing a lawsuit against them to stop this unconstitutional ordinance in its tracks.

If these gun grabbers get away with taxing the right to own a gun, every Left-leaning local government across the country will quickly follow.

This will be an expensive, drawn-out legal battle.

Hiring the best lawyers to put the kibosh on this progressive anti-gun nonsense means we’ll be racking up the legal bills quickly.

But we can’t afford not to.

If this California city can tax citizen’s Second Amendment rights, gun grabbers in cities all across the country will quickly follow suit.

To stop it, we have to stop it now.

Stay tuned for updates and please consider donating to help us fund this lawsuit.