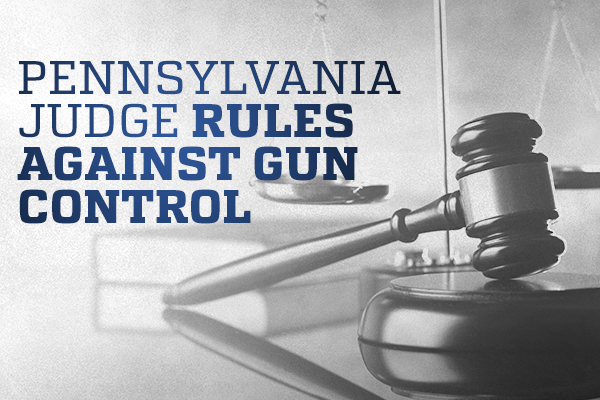 On December 14, 2018, Pittsburgh City Council approved the gun control measures which included a ban on so-called “assault weapons,” large capacity magazines, and a “Red Flag” Gun Confiscation Law. Mayor Bill Peduto was an outspoken proponent of the new city ordinances and subsequently signed them into law.

FPC announced in a press release on Tuesday that the court ruled in their favor, striking down the ordinances:

“I am delighted that Judge James’ decision today appropriately struck down the City of Pittsburgh’s unlawful firearm ordinances and signage,” said attorney Joshua Prince. “The City’s gun control sought to eviscerate the inviolate right of the residents of the Commonwealth to keep and bear arms and ensnare law-abiding citizens through a patchwork of laws. Today, Judge James made clear that Mayor Peduto and the Pittsburgh City Council are neither above the law nor a special class of citizens that may violate the law with impunity.”

Judge James ruled that the new laws were in violation of Pennsylvania’s Uniform Firearms Act, which preempts any attempt by local governments to enact regulations pertaining to firearms. In his official opinion he said:

The City has expended a large amount of energy attempting to categorize the restricted behavior in such a way that it is not expressly prohibited by Section 6120 of the UFA.  Despite the City’s efforts to avoid the specific preemption set forth in Section 6120, they are not able to avoid the obvious intent of the Legislature to preempt this entire field.

To put it simply: the City of Pittsburgh violated Pennsylvania’s firearms preemption law.

This is undoubtedly a major win for gun owners in Pennsylvania, but the fight is not yet finished. Mayor Bill Peduto’s spokesman, Tim McNulty, said they are planning on appealing the court’s decision.