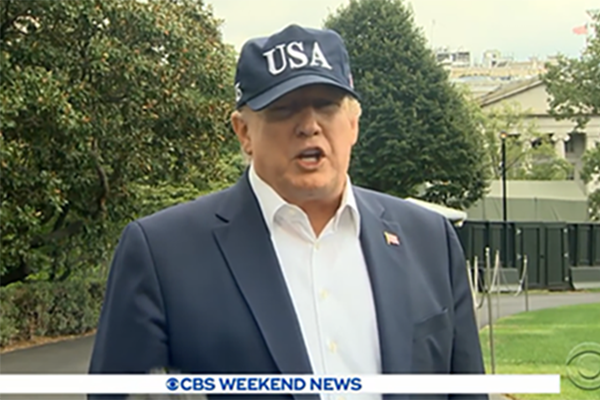 Over the weekend, President Trump once again renewed the push for a gun control “deal” with Congress.

Here’s exactly what the President told reporters on the White House South Lawn on Sunday:

The largest gun control deal in fifty years could be announced any day now.

With Congress coming back in session, we MUST mobilize now.

Sadly, President Trump appears to be fooled by the false narrative that American gun owners are okay with Obama-style gun control, as long as he’s the one to broker the “deal.”

But that is a grave mistake.

You see, if President Trump abandons the Second Amendment, he may LOSE next year, just like scores of Republicans did in 2018 after they voted for gun control.

I know I don’t need to tell you how much worse it’ll get if Democrats like Joe Biden, Elizabeth Warren or Bernie Sanders get their hands on your gun rights.

That’s why we need to make it crystal clear to the President that we will not sit idly by as members of either party attack the Second Amendment.

However, before this weekend took a turn for the worse, there was some good news to report.

The Democrats did postpone their gun control hearing in the House Judiciary Committee.  Reports are that they are now aiming for next week.

This gives us another week to stop them, but we must ratchet up the pressure, and fast.

Their march toward gun control continues, and the “package” that’s on the table could include:

Congress reconvenes in a matter of days.

And with Democrats, Republicans, and even President Trump buying into the anti-gun hysteria, we have our work cut out for us if we are going to stop this radical agenda.