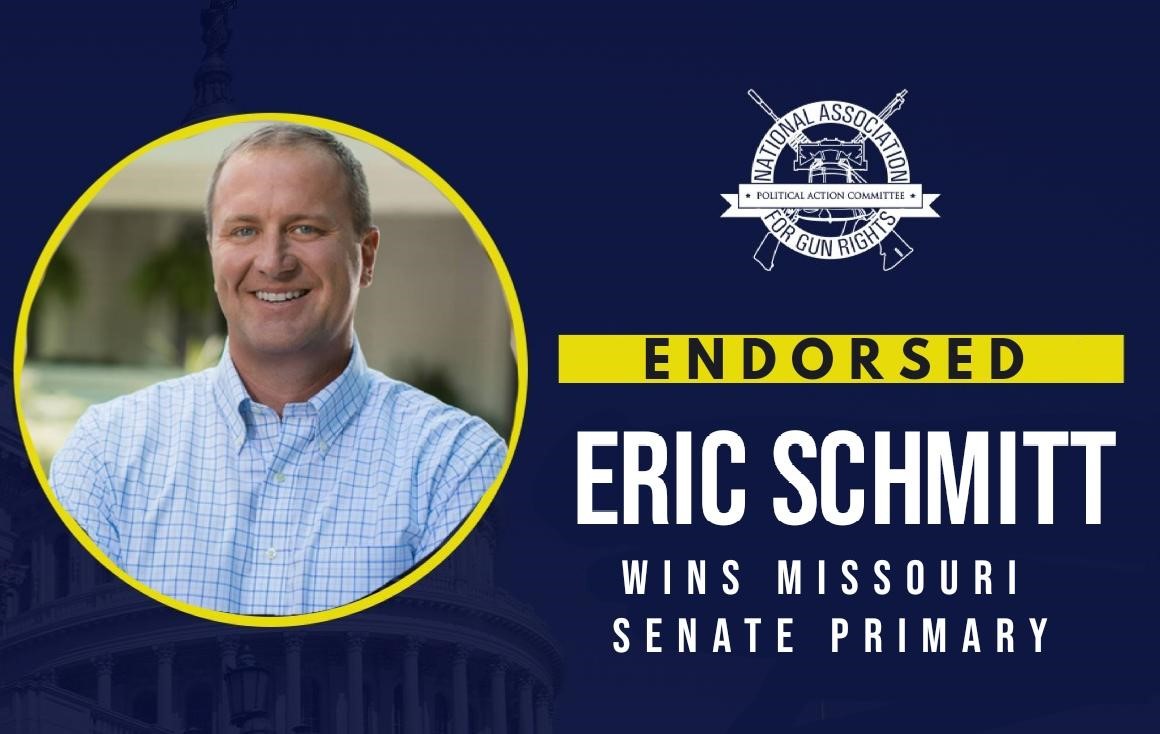 Schmitt, running for United States Senate in Missouri, filled out his National Association for Gun Rights survey 100% and pledges to be a staunch defender of the Second Amendment if he wins his election in November. As Missouri’s Attorney General, Schmitt fiercely enforced the state’s Second Amendment Protection Act and threatened to imprison any Federal agents who attempt to arrest Missouri citizens for exercising their rights.

In Michigan’s Third Congressional District, pro-gun candidate John Gibbs defeated anti-gun sell out Peter Meijer. Meijer, who only served one term in Congress, voted for almost every gun control bill he could. Meijer recently joined a handful of Republicans to vote with Pelosi and the Democrats to pass the largest gun control package in 30 years.

Read more about these races at: https://www.foxnews.com/politics/eric-schmitt-wins-missouris-heated-republican-senate-primary