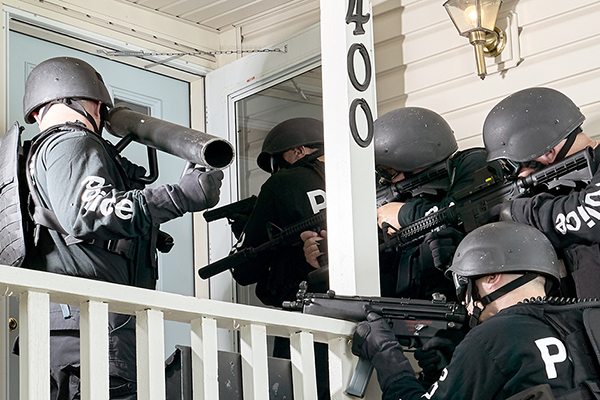 Mass shootings in El Paso, Texas and Dayton, Ohio have prompted politicians in both parties to act on the issue of gun control. Atrocities like these spark heated emotions that often lead to hasty decision-making and sub-optimal policy outcomes.

Red Flag laws allow law enforcement can confiscate an individual’s firearms if they are arbitrarily deemed to be a threat to themselves or others. Due process goes out the window as the plaintiff is initially denied a hearing for their case.

In their zeal “to do something”, supposedly pro-gun Republican officials at the federal level are ceding ground on this issue. If passed, red flag laws could pose a major threat to Republican constituents and many other gun owners nationwide.  Experience shows that titles and legislative intent can always be deceiving. The devil is always in the details when dealing with spur of the moment legislation. Red flag laws are no exception to this trend.

Red flag laws are already present in 17 states, and in most cases, a family member, an intimate partner, a roommate, or other acquaintances can file a complaint to have an individual’s firearms taken away. The catch is that there is no hearing and a judge is only relying on a flimsy statement of concern.

Even worse, these kinds of laws create Minority Report like conditions where law enforcement plays the role of crime prediction. What originally belonged in a dystopian novel is now coming to life in states across the nation. Unlike fiction, these policies cause real damage, specifically to foundational principles of American law such as due process.

Furthermore, these kinds of law put public security in jeopardy. Just think about it, law enforcement is compelled to serve these orders to unsuspecting gun owners who have no idea of what kind of situation they will find themselves in once the police come knocking on their door.

One needn’t look further at the case of Gary Willis of Arundel County in Maryland to understand the dangerous potential of these laws. Police killed the 61-year-old man when they pounded on his house door at 5 A.M. to confiscate his firearms. Such scenarios will likely become commonplace if red flag laws gain further acceptance across the nation.

The media hysteria following mass shootings often clouds our better judgement. Likewise, it also gives us amnesia about past policies that have been ineffective in stopping shootings. For example, Connecticut passed a red flag law in 1999 as a response to a shooting at a State Lottery headquarters, making Connecticut one of the first states to implement such a law. Nevertheless, it proved useless in stopping a maniac from committing an atrocity at Sandy Hook in 2012.

This confirms what pro-gun researcher Dr. John Lott has previously about red flag gun confiscation orders. According to his analysis on crime statistics from 1970 to 2017, Lott found that “Red Flag laws appear to have had no significant effect on murder, suicide, the number of people killed in mass public shootings, robbery, aggravated assault or burglary. There is some evidence that rape rates rise. These laws apparently do not save lives.”

Indeed, mass shootings are a problem in America. However, there is no legislative quick fix.

Instead, what can be done on the policy front is to repeal gun-free zones, expand the ability of law-abiding Americans to carry their firearms for self-defense in public, and empower local jurisdictions to craft security policies that keep otherwise target-rich venues safe from madmen. That being said, impulsively passing legislation to satisfy the whims of the media and D.C. elites is never a recipe for good policymaking.

After all, anti-gun Democrats are still in control of the U.S. House. How much are Republicans willing to concede just to get their red flag legislation passed? There’s no telling what kind of poison pill provisions will be snuck into red flag bills in Congress.

Republicans must look beyond stage 1. Do they honestly believe attacking their pro-gun base is the path the victory in 2020? Not only as gun control proven to be a political third rail for Democrats as we saw in 1994, it was suburban Republicans who took the blunt of the losses in the U.S. House after passing the “FIX-NICS” gun control bill from 2018.

What happens when the Left comes back into power? Do they honestly believe that these types of laws won’t be abused and used to target conservative gun owners? Do they really think incentivizing “red flag” gun confiscation will prevent Democrats from passing even more gun controls if they take power again? This is one political experiment not worth conducting.

When discussing sensitive policies, we must always ask questions and try to envision the long-term consequences of legislative action. If not, we only invite further infringements on basic rights—due process in this case—which have made America exceptional among nations.

Let’s actually think things through for once.

Jose Niño is a freelance writer. His articles have appeared on Big League Politics, Liberty Conservative News, the Mises Institute, and The Advocates for Self-Government.

Please chip-in $35 or $20 to fight Red Flag and all other gun control being proposed in Washington.