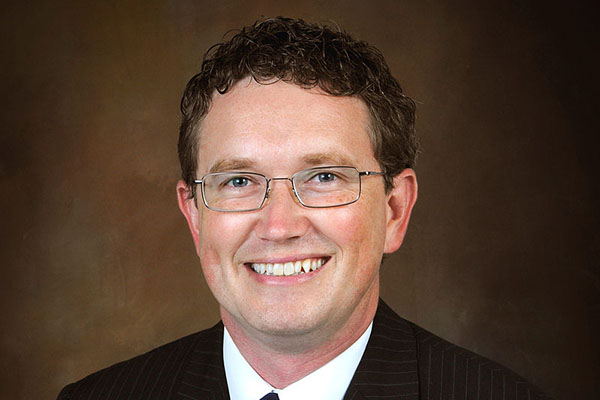 In an act of common sense that is all too rare in Congress these days, Representative Thomas Massie (R-KY) introduced a bill that would actually protect the lives of the innocent from violent offenders.

Over 97% of public mass shootings have occurred in “gun free” zones.

Below is the press release from Rep. Massie’s website:

“Gun-free zones are ineffective and make our schools less safe. 98 percent of mass public shootings since 1950 have occurred in places where citizens are banned from having guns,” Rep. Massie said. “Banks, churches, sports stadiums, and many of my colleagues in Congress are protected with firearms. Yet children inside the classroom are too frequently left vulnerable.”

“The only thing gun-free zones do is disarm law-abiding citizens and take away their ability to protect themselves and others. We shouldn’t leave our most vulnerable – our children – in an unsafe environment like gun-free zones where acts of violence cannot be stopped,” Representative Jeff Duncan (R-SC) said.

This bill, originally introduced by Representative Ron Paul (R-TX) in 2007, repeals the Gun-Free School Zones Act (GFSZA) of 1990, which makes it “unlawful for any individual knowingly to possess a firearm at a place that the individual knows, or has reasonable cause to believe, is a school zone.” In 1995, the Supreme Court held the GFSZA unconstitutional, which prompted Congress to amend the bill in 1996. The Supreme Court has not ruled on the constitutionality of the amended Act.

Rep. Massie is Chairman of the Congressional Second Amendment Caucus in the 116th Congress.
###