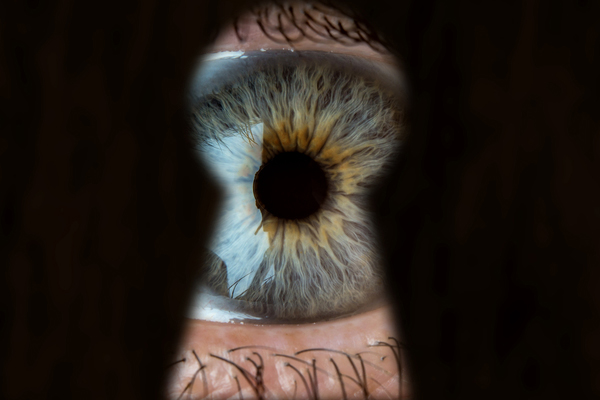 As liberty minded Americans, the focus of our fight must always be on protecting the God-given rights of the individual.

Now more than ever we must be on alert for the bad actors who would gladly use the timing of Coronavirus as an excuse to give the government more power to abuse gun owners.

Unfortunately, Amy Swearer from the Heritage Foundation has once again published an article advocating a massive law that places our individual rights – especially our gun rights — in jeopardy.

Swearer, however, is failing to realize the dangerous implications of this potentially devastating bill.

Already introduced in both the U.S. House and Senate, the Threat Assessment, Prevention, and Safety Act, otherwise known as the TAPS Act, is sponsored and co-sponsored by some of the most anti-gun politicians in Washington.

The Senate version S. 265, was introduced by Sen. Marco Rubio (R-FL) and is co-sponsored by Sen. Kyrsten Sinema (D-AZ).

Of course, Sen. Rubio who is one of the loudest advocates of “Red Flag” Gun Confiscation from either party also introduced S.7, his own “Red Flag” bill last year.

The aim of the TAPS act is to create a national “pre-crime” program in an attempt to assess “potential” threats.

Reminiscent of the dystopic concept envisioned by sci-fi writer Philip K. Dick in his short story Minority Report, the TAPS Act takes a hatchet to the Bill of Rights, and further enables government agents to target citizens before any crime is committed.

The TAPS Act establishes a “Task Force” of non-elected bureaucrats whose primary focus is to monitor elementary and high school students.

It is, taxpayer-funded surveillance of our children and every American, without warrant or cause.

Aside from creating a “Task Force” to surveil law-abiding Americans, the TAPS Act fails to provide the necessary details about how such a program would actually function.

The following are just a few questions that are not answered by the bill text:

Without an extensive rewrite, current versions of the bill would open the door for state and local governments to choose their own interpretations, potentially enacting severe forms of gun control.

If left in the hands of an anti-gun government, dare I say it, a Biden or Sanders presidency, how far could the TAPS Act advance a gun control agenda?

The combination of the TAPS Act and “Red Flag” Gun Confiscation is where things start to get really scary.

If adopted by a “Red Flag” State, the TAPS Act could easily be abused by unelected bureaucrats to unilaterally surveil gun owners and confiscate firearms without due-process and with no crime having ever been committed.

Which begs the question; why is Amy Swearer advocating “Red Flag” Gun Confiscation and the TAPS Act?

In a 2019 article published in The Daily Signal, Swearer advocated “Red Flag” Gun Confiscation laws, so long as they protect due-process.2

Of course, by their very nature, “Red Flag” laws cannot incorporate due-process as was argued in this rebuttal to Swearer’s article.

In the 17 States that have already adopted some form of a “Red Flag” law, none protect due-process.

As more and more gun owners in America are forced to live under “Red Flag”, the gun control crowd continues to look for new ways to give teeth to these already dangerous laws.

One such example would be to allow the government to monitor citizens and issue gun confiscation orders unilaterally i.e. –the TAPS Act.

It is troubling to see organizations trusted by pro-gun Americans, publishing articles endorsing laws like the TAPS Act and “Red Flag” Gun Confiscation.

In times like these, pro-gun citizens must unite in defense of our God-given rights, not conjure up new ways for the government to usurp them.

As liberty minded Americans we should always look to the pages of our Constitution for solutions to our problems, rather than to dystopian science-fiction novels.