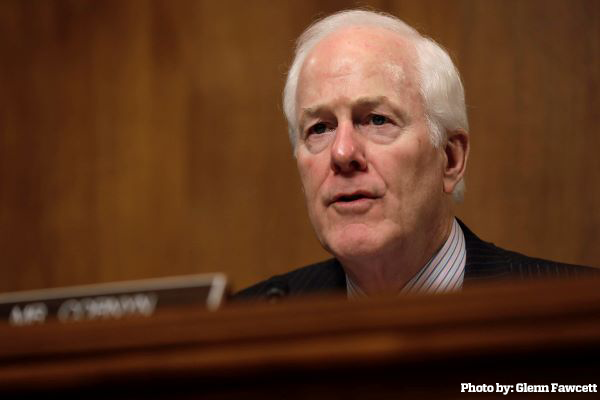 After spending most of the summer fighting the advances of gun grabs sponsored by House and Senate Democrats, Republican U.S. Senator John Cornyn (TX) decided to roll over to their demands, and once again declared his support for gun control.

How? By sponsoring his own legislation – which appears to be even worse than his “FIX-NICS” gun registry expansion in 2017.

This morning in the El Paso Times, Cornyn penned an op-ed, stating that he will be sponsoring a national gun control bill titled the “RESPONSE Act.”

Of course, Cornyn doesn’t want you to think it’s a gun control bill – hence the clever name. But don’t be fooled by the smoke and mirrors of the D.C. Swamp.

By his own admission in the op-ed, Cornyn’s gun control legislation creates a “nationwide task force” designed to spy on, and punish law-abiding gun owners who build and occasionally sell their own firearms.

Building and privately selling firearms is, and has been legal in many parts of the United States for quite some time.

And during the surveillance of law-abiding gun owners, if government bureaucrats see “anything alarming,” such as privately selling a lawfully-owned firearm to a close friend or neighbor, individuals will be placed on a government watch list.

And one can only assume this list is alarmingly similar to the “FIX-NICS” list, where innocent Americans can be barred from buying and owning any firearms – sometimes for life.

Cornyn’s RESPONSE Act also encourages social media platforms and users to report individuals they think might pose a threat to themselves or others – which could help states with “Red Flag” gun confiscation laws expand their already insidious gun grabs.

As always, the National Association for Gun Rights will oppose any opportunity to put law-abiding gun owners on a government list that will decimate their Second Amendment Rights, and will oppose the RESPONSE Act.