There is No Such Thing as a “Good Red Flag Law” 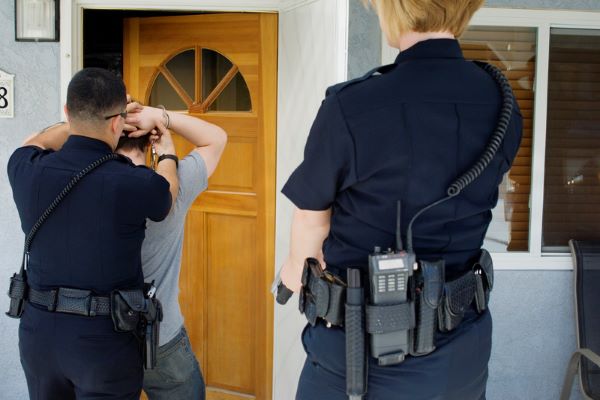 By Ryan Frasor NAGR contributor to The Truth About Guns

On September 28, 2019, The Daily Signal published an article written by Amy Swearer of the Heritage Foundation describing a hypothetical version of a “Red Flag” Gun Confiscation law that would be acceptable to gun owners.

The article argues that if such a law incorporated “meaningful” due process and “safeguards against abuse or misuse,” it would become an acceptable compromise form of gun control.

“Red Flag” with due process is impossible

The problem with Swearer’s premise is that “Red Flag” laws, by their very nature, are the antithesis of due process. They require guns to be taken and constitutional rights to be deprived by the government before anything that resembles an adjudicative process kicks in.

There is no way to preemptively confiscate someone’s private property or deny Constitutional rights based on a mere accusation while protecting meaningful due process.

Of the 17 states that have already passed “Red Flag” Gun Confiscation laws, none provide for pre-seizure due process.

In fact, even policy makers in Ohio, who initially supported the concept of “Red Flag,” found the actual process of drafting one in response to the Dayton shooting to be “unworkable.”

In every state that does have a “Red Flag” law, the subject may only challenge the issuance of the order and beg for their rights and their guns back after seizure of the firearms has occurred and after the initial ex parte (one sided) order is issued against them.

This is not adequate due process; rather, it should be a fatal flaw for any policy expert who claims to support the Constitution.

In states that have “Red Flag” laws, the processes that kick in after guns have been seized are a tall order for anyone maliciously or falsely stripped of their Second Amendment rights, starting with the immense legal fees associated with defending cases like this. Only one state’s law, Colorado’s, (which has not yet gone into effect) theoretically provides for an attorney at state expense to persons who are indigent. None provide for expert witness help, like a psychiatrist or psychologist, at state expense, for those who cannot afford one.

According to law professor Donald Kilmer, “Experienced counsel to defend you in a ‘due process’ hearing will run about $15,000 in fees. If you lose and want to appeal, expect to spend another $25,000 to $100,000 in fees and costs. And even with all of that, you might still lose.” 1

“Red Flag” laws, such as the one in Colorado, have more lenient standards of evidence for initiating gun confiscation orders (“preponderance of the evidence”) than they do for one to get their rights restored (“clear and convincing evidence”).

That is like trying to convince a judge to overturn an order already set by another judge, with the deck stacked against you, after a guilty verdict has already been reached.

Ripe for Abuse by accusers and bureaucrats

No matter how many so-called “safeguards” against abuse by the accuser are implemented, it would be impossible to prevent abusive partners and criminals from using “Red Flag” laws to disarm their partners, neighbors, and potential victims.

In most states, there is no recourse for the victims or punishment of the perpetrators of a falsely filed “Red Flag” complaint. Experienced lawyers should already know that laws against perjury are not enforced. Case law on perjury suggests even if a “Red Flag” proposal included the addition of such a provision it would rarely be enforced.

States that did pass “Red Flag” laws heard testimony from women who feared for their lives that ex-partners would file one of these orders to disarm them.

Conversely, a partner who files an order against an abusive spouse may find their own firearms — and only means of self-defense — are subject to the gun confiscation order as well.

That’s because under “Red Flag” laws, firearms belonging to innocent third parties, (not the accused) such as household family members, can also be seized if the police think the subject of the order can access them.

“Red Flag” laws also open the door for overzealous bureaucrats to misuse these laws to push their own anti-gun agendas.

Florida’s “Red Flag” law has already been used against numerous children as young as eight years old, (in one case, because the child was reportedly prone to frequent temper tantrums), despite the fact that it is already illegal for children in Florida to own firearms.2

This begs the question: what will happen to these children’s gun rights when they become adults? Have they lost their gun rights permanently? And was that the intention of the anti-gun left all along?

It is hardly farfetched to assume these laws will be used by corrupt government officials to strip innocent citizens of their gun rights. It’s already happening.

In a different article, Ms. Swearer also claimed that serving “Red Flag” orders is not any more dangerous to police officers than normal police work.3

However, that opinion is hardly shared by the law enforcement community.

Colorado Sheriff Steve Reams, an opponent of “Red Flag” laws, puts it this way: “Quite frankly, it’s putting my officers in a position where I don’t think it’s safe for them either.”4

No officer wants to be the one to confront a gun owner and demand they surrender their legally owned firearms. In Maryland, this resulted in the preventable death of one gun owner on his own doorstep in 2017.

Ms. Swearer is making the classic mistake of trying to compromise with, and appease the gun control advocates by trying to come up with an “acceptable” way to infringe on Constitutional rights.

As the history of gun control in the United States shows us, our freedoms are never revoked all at once. Rather, a death by a thousand cuts strategy, implemented by the gun grabbers, has gradually reduced the rights of law-abiding citizens to keep and bear arms.

The National Firearms Act of 1934, the Gun Control Act of 1968, the Hughes Amendment, the Gun Free School Zones Act, the Brady Act, and many others are just some of the examples of the politics of appeasement.

Remember Winston Churchill’s famous quote “An appeaser is one who feeds a crocodile, hoping it will eat him last.”  But it is troubling to see a senior member of a pro-Constitution organization playing right into their hands.

Pro-gun organizations like the National Association for Gun Rights do not waste valuable time trying to make bad bills better. Instead, those championing the Second Amendment should be working to defeat “Red Flag” legislation, as was the case when bills in places like North Dakota, Utah and New Mexico were scrapped this past spring.

The truth of the matter is, the only good “Red Flag” bill is no bill at all.

Hopefully Ms. Swearer and the Heritage Foundation will reverse course and come to the same conclusion, before the anti-gun left twists their position into a blow to freedom.