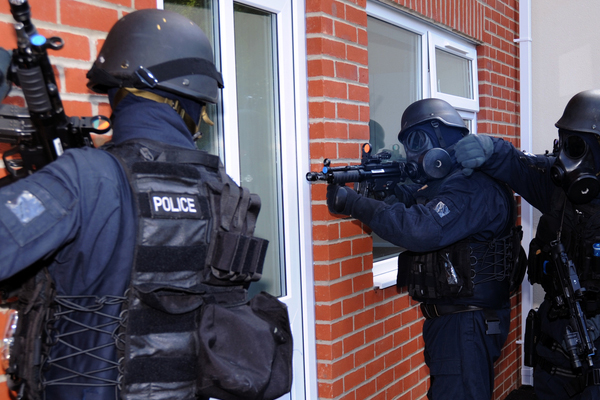 Gun confiscation without due process of law.

In one fell swoop, law-abiding citizens have their Second and Fourth Amendment rights violated all at once, and must pay tens of thousands of dollars to get their firearms back.

All based on a mere accusation.

And in the current political climate, where advocating for the violation of constitutional rights earns lawmakers points with the media, passing a national “Red Flag” Gun Confiscation Grant Program has become the trendy gun control measure in Washington, D.C.

With slick-talking politicians selling such laws as “common sense,” it can be difficult for pro-gun Americans to see past their deceptive rhetoric.

That’s why the National Association for Gun Rights created this list of the Top Five Reasons to Oppose “Red Flag” Gun Confiscation.

At the federal level, many powerful D.C. politicians are advocating the use of grants to bribe state governments into doing their dirty work by passing state-level gun confiscation laws.

If  a state bows to the whims of the federal government and passes a “Red Flag” law which uses ex-parte hearings (i.e. secret court proceedings) to strip a person of their Second Amendment rights, the federal government will then dole out millions of dollars to state coffers so they can enforce the law and disarm innocent gun owners.

This means every tax-paying American will have some portion of their tax dollars used to pay off states which implement gun confiscation programs. Even worse, funds would be withheld from pro-gun states which refuse to force this legislation on their citizens.

#4 Taking Guns, and Only Guns

When it comes to “Red Flag” Gun Confiscation, it is clear the goal is not to keep dangerous people from committing atrocities, but only to confiscate guns.

States with “Red Flag” laws, such as Colorado, aren’t confiscating knives, prescription medicine, cars, or propane tanks from individuals who get hit with a “Red Flag” order.

Confiscating lawfully-owned guns is the only goal.

Furthermore, all 50 states have constitutional procedures to separate disturbed, violent people from guns through involuntary commitments.

“Red Flag” laws specifically target law-abiding citizens who have not committed a crime, in other words, it’s an unconstitutional “pre-crime” program similar to what you’d expect to see in Communist China.

#2 Lives are at Stake

“Red Flag” Gun Confiscation laws put rank and file law enforcement officers and everyday citizens in danger, as evidenced by a Maryland man who was shot and killed by a SWAT team in his own home during an unannounced raid at 5 o’clock in the morning.

If the federal government bribes state governments, and police agencies to start seizing people’s guns, more officers and citizens will be put in unnecessary danger.

“Red Flag” Gun Confiscation laws assume the accused are guilty until proven innocent. Not a single one of the 17 states with “Red Flag” laws include the right to due process. In fact, it is impossible to confiscate guns first and provide due process. Further, under “Red Flag” the burden of proof is much lower to take the guns than to get them back.

So the next time you hear a politician advocating these Orwellian laws you will be able to see past the smoke screen and realize they are touting gun confiscation — plain and simple.

As always the National Association for Gun Rights will continue to call out every politician who endorses gun confiscation or any anti-gun legislation.