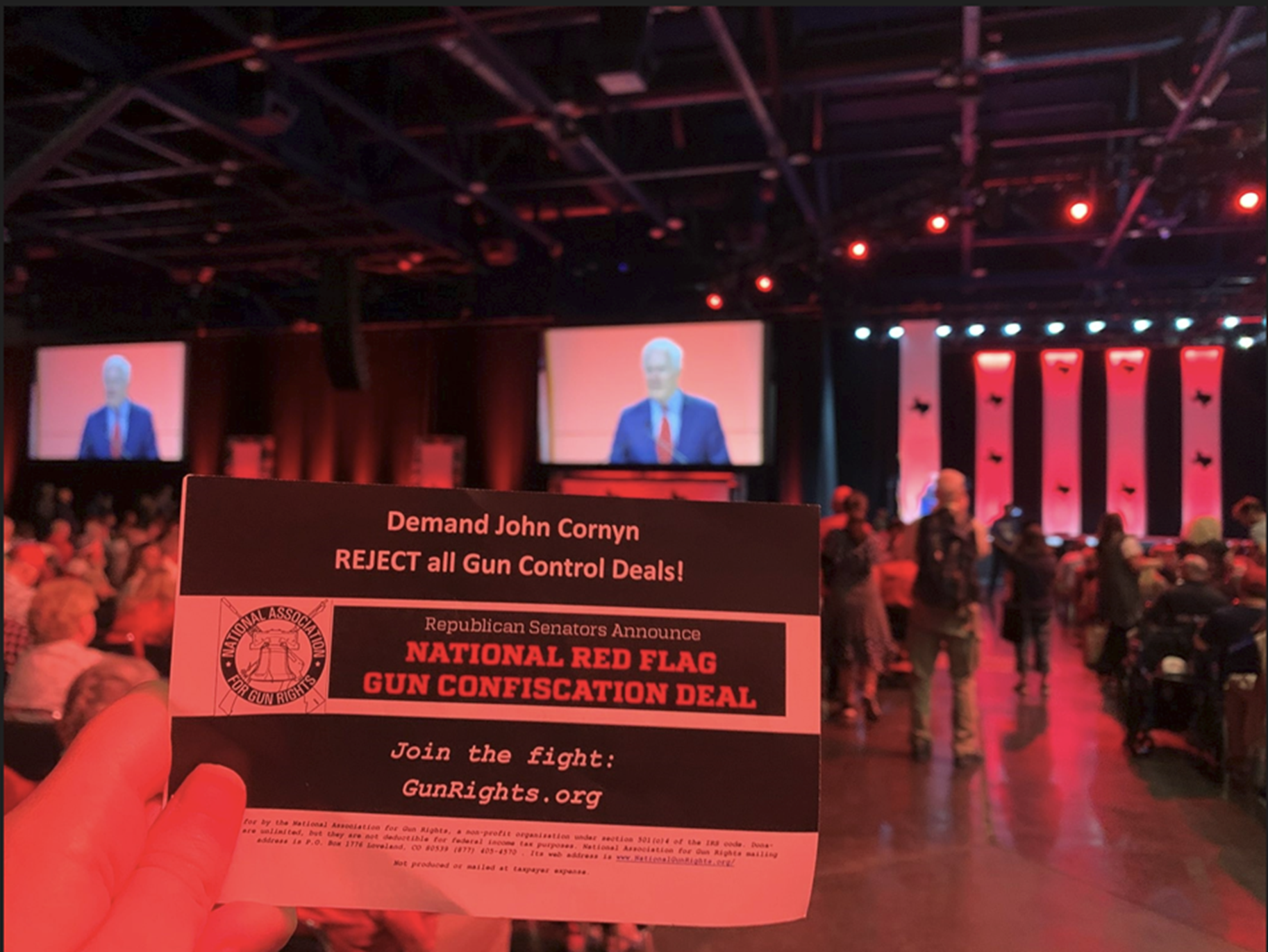 Chants of “No Red Flags” could be heard throughout the George R. Brown Convention Center in Houston as Cornyn took the stage.

Earlier this week, Cornyn laid out his desire to pass a national “Red Flag” grant program for states across the country while on the Senate Floor stating, “I believe that we ought to put every state in a position of seeking and receiving funds for crisis intervention programs that they have in place already, even if they don’t have a red flag law.”

Constant booing could be heard throughout the convention as the Senator addressed party delegates.

“I think today should be a huge ‘red flag’ for Senator Cornyn that he must stop working with Chuck Schumer and Chris Murphy to pass Biden’s gun control,” said Dudley Brown, President of National Association for Gun Rights.

Lobbying from gun rights activists forced him to “walk” away from Senate gun control negotiations on Thursday, but he noted he was open to continued discussions.

The National Association for Gun Rights and Texas Gun Rights are urging their members to call Senator Cornyn and other Republican Senators to end all gun control talks, and instead focus on the repeal of dangerous “gun free” criminal safety zones.