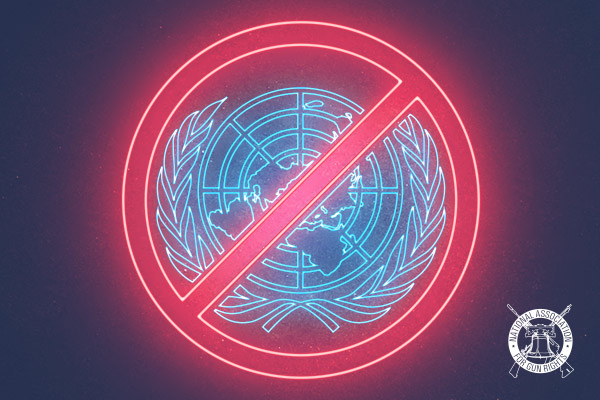 The Seventh Conference of States Parties to the Arms Trade Treaty wrapped up last week in Geneva Switzerland.

Deputy Director for Conventional Arms Threat Reduction in the Department of State, William Malzahn, relayed the interests of the Biden Administration in the treaty telling CSP7 attendees, “I have come from Washington, D.C., this week to take the floor on the agenda item Treaty Universalization to underscore the continuing commitment of the United States to responsible international trade in conventional arms.”

Malzahn continued by saying, “The United States has long supported strong and effective national controls on the international transfer of conventional arms, and the Arms Trade Treaty is an important tool [for] promoting those controls internationally.”

The State Department further submitted a statement to the Conference that reads in part,” the United States will then use that policy framework to review specific arms transfer issues, including determining the proper relationship of the United States to the Arms Trade Treaty. I look forward to being able to announce the results of that review at a future ATT meeting.”

This was after pointing out that the previous administration decided it was not in the United States’ national interest to become a State Party to the Arms Trade Treaty.

These statements are widely regarded as signaling the imminent signing of the Small Arms Trade Treaty by the Biden Administration.

Joining the treaty and pushing for full State Party status would place the sovereignty of the United States regarding gun rights and the Second Amendment in serious jeopardy.

This meeting was also a first for the Chinese as an official State Party since signing the treaty.

China has supported the Small Arms Trade Treaty financially since its inception but did not officially become accepted as the 107th State Party until October 2020.

The Chinese are positioning themselves to take a lead role and are now the biggest financial supporters of the treaty, surpassing the U.S. and Japan, who were formally the greatest contributors.

The future looks grim for American gun rights with the Biden State Department pushing the U.S. back toward treaty implementation combined with the ominous rise of the Chinese as the dominant new player in the administration of the Small Arms Treaty.

The National Association for Gun Rights will continue to stand firm in its opposition to the Small Arms Treaty and will always insist on the sovereignty of individual gun rights over the dictates of globalist gun control organizations such as the United Nations.